It is a trial that must be done after a rainy winter or after some rains (not during), whether they occurred in winter or spring. Probably throughout the spring, there will still be water in the waterfalls, but it all depends on rainfall.

After the springtime that still brought some rain and with the hot days already, we decided to go on a route near Monchique, to venture into the mountains and the highest point in the Algarve. Thus, the Waterfall Route seemed to us the one that we would like and enjoy the most.

This is a circular route and starts and ends at the Foia. The route has a distance of 12.5 Miles and an estimated duration of 3.5 hours. When we did it, it took us 4.5 hours, but we stopped several times in at least one waterway and in the Barbelote Waterfall.

It is mentioned that the degree of difficulty is high and has a gap of more than 700 meters. It starts with a descent and continues with slight ups and downs until the end where the climb of several km leaves us wanting to “order a taxi”.

The route is mostly done on wide dirt paths. It is ups and downs in which we are often “swallowed” by tall vegetation, which is excellent to protect us from the sun that was being felt.

The route is beautiful and we find cows that graze almost freely in the mountains and some goats and other small streams.

There are three waterfalls marked on the route. The first one we came across, we didn’t even notice it because it was dry. The second waterfall is the Chilrão Waterfall which is located next to the stretch of paved road and also had almost no water. Unfortunately, an urban arrangement was made in front of the waterfall, which, in addition to being degraded, takes away the spectacularity of the place.

After the disappointment of the first waterfalls, we could only count on one more (we came with bathing suits and we had to wear them). The Barbelote Waterfall there surprised us positively and it was there that we were able to refresh.

In a part of the trail, we cross with one section of the Via Algarviana, the biggest Algarve walking route. This will be our next challenge to join the sections that we already made. You can check it here.

However, to reach the small watercourse and the waterfall, we had to travel a small, sloping and very slippery trail, drawn by the escarpment and where, to avoid falling, we had to do part of the route with our feet and hands on the ground.

Upon arrival at the site, we confirm that all the surroundings are really beautiful and it is without a doubt the most beautiful waterfall that can be found along the way. Unfortunately by the time we went there was already little water, but we had a good bath leaning against the rock.

Foia, the starting and finishing point of this trail, is the highest point in the Algarve and also the place in the Algarve where it is able to snow, although very rarely. It is also the point of departure, arrival or passage of more trails that find their greatest degree of difficulty here due to the altitude. As the highest point, it is also the location for the installation of telecommunications radars and antennas. In addition, there is a cafe/restaurant where quick meals are served.

At this point, you can observe not only the south coast but also the Alentejo coast and the entire Algarve mountain range. It’s really beautiful.

Plan your trip using the following tools and / or websites 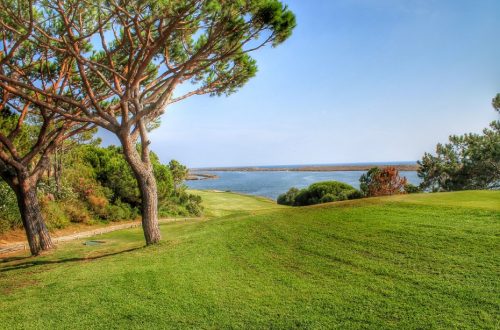 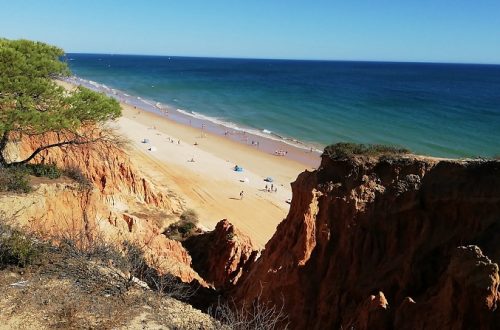 Falesia Beach: Trekking through the cliffs on the most beautiful beaches in the Algarve 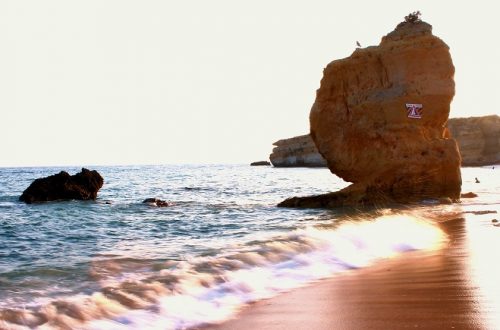 Beaches between Loulé and Sagres – Our suggestions 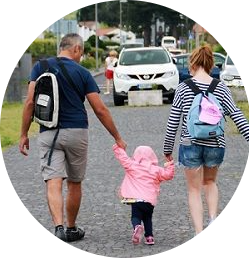 Between Platja des Trenc and Platja Estanys in Mal

❤️ we love our vacation in beach. This "cala"